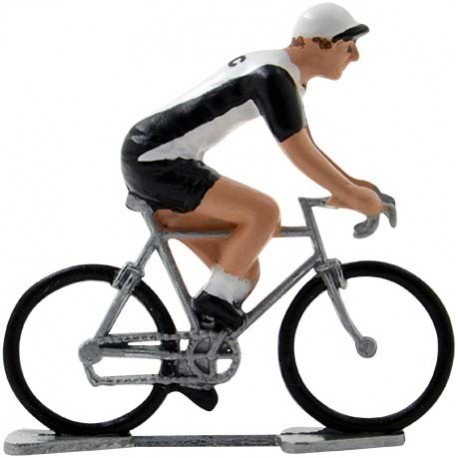 Scic was an Italian professional cycling team from 1969 to 1979. SCIC was an Italian kitchen company that had a marketing strategy to join some of the biggest cyclists of that time.

He also won a number of stages in the Giro d'Italia. Unfortunately he didn't succeed in winning the tour of Italy. He finished second in the general classification in 1974, at his first participation. Four years later, in 1978, he was second again. Each time the pink jersey was not far away on the podium because he was less than one minute behind both times. In these 2 Giro's he was beaten by a Belgian: in 1974 by the cannibal himself Eddy Merckx. In 1978 it was Johan De Muynck. In total he won 5 stages in the tour of Italy. In 1980 in the World Championships he also just missed the rainbow jersey. Also here he became 2nd after Bernard Hinault.

Vittorio Adorni
Vittorio Adorni was a star when he joined the team in 1969. Before he was brought in by Scic, he rides for the teams Vov, Philco, Cynar, Salvarani, Salamini Luxor and Faema. He had won the Giro in 1965, and in 1968 he became world champion. Adorni won 11 stages in the tour of Italy. Other nice victories were the Tour of Belgium (1966) and the Tour of Romandy (1967). In 1969 he became Italian Champion.

Giuseppe Saronni
Giuseppe Saronni became a professional cyclist in 1977 at the age of just 19. Saronni was a versatile rider, in other words a rider for the stage tours. He was good in time trial, was a pretty good climber, and was certainly not one of the slowest in the sprint. In his professional career, which he started at Scic, he won 193 races. His nickname in the peloton was "Beppe". Beppe became world champion in 1982 in Goodwood.

The Italian already made a big impression in his first year in the peloton. It was clear that he was capable of great things. He achieved a number of nice places of honour. He would win the Giro 2 years later, in 1979. In 1983 he would do this again. He won a total of 26 stages and was allowed to ride 39 days in pink. Besides victories in the Giro, he also won in one-day races such as the Tour of Lombardy, the Zurich Championship, Milan-San Remo and the the Walloon Arrow. He was also Italian Champion in 1980. He also won other stage races such as the Tirreno-Adriatico, the Tour of Romandy, the Tour of Switzerland and the Midi Libre.
For an Italian team the Giro was the most important stage race, but Saronni also won 2 stages in the Vuelta. Once he started in the Tour de France, but that wasn't a success.

After his perdiode with Scic he rode in the teams Del Tongo, Diana-Colnago, GIS and Malvor. After he stopped with professional cycling , he was still Italian coach, and manager of the Lampre team.