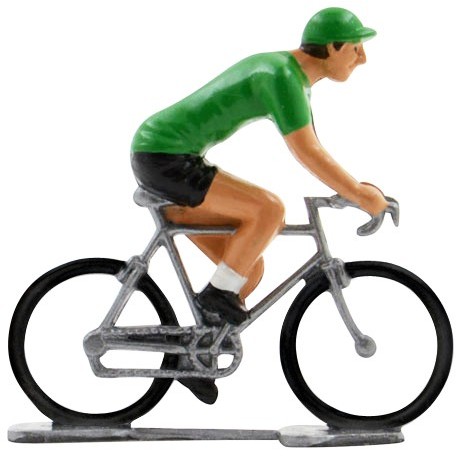 The Dutchman Wout Wagtmans was the first rider to wear the green jersey in 1953.

Winners of the green jersey:

Discover our other miniature cyclists.