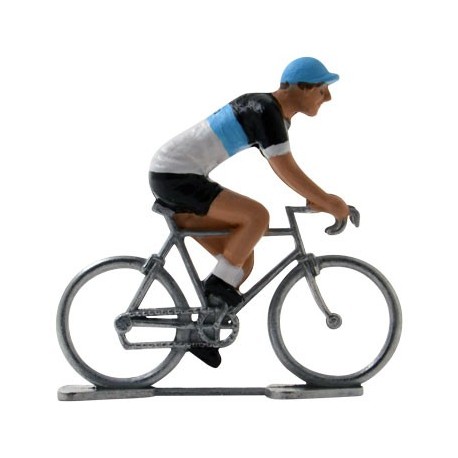 The brothers Andy and Fränk Schleck

The Leopard-Trek team was an American cycling team, founded in 2011. The team had a Luxembourg license from the beginning until 2013. The best-known riders at the start were the brothers Andy and Fränk Schleck and Fabian Cancellara, with Brian Nygaard and Kim Andersen as managers and founders.

The team stayed together in 2012, but the sponsors changed. In 2012 the team was called Radioshack-Nissan. And in 2013 it was Radioshack-Leopard. After that Trek was the sponsor on the clothing. Later Segafredo was also à sponsor.

2010: Start of the team
At the end of the 2010 season, the Schleck brothers are at the end of their contract with the Danish team Saxo Bank, led by Bjarne Riis. Together with Brian Nygaard and Kim Andersen, also employed by Team Saxo Bank, they decided to set up their own team and have the ambition to obtain a ProTour license. They recruitet several riders from the biggest teams, including Jakob Fuglsang (Team Saxo Bank), Linus Gerdemann and Fabian Wegmann (Team Milram), Daniele Bennati (Liquigas-Doimo), the world time trial champion Fabian Cancellara (Team Saxo Bank) and also the Belgian Maxime Monfort (Team Columbia-HTC).

In September, the cycling company Trek announces that it will support the Luxembourg team, and Craft will dress the riders for the next three years for training and competition. Shimano will equip the Trek bikes with a Shimano electronic group. It is the company Leopard from Howald, Luxembourg, that is announced as the owner of the team's license. In November, the team will get its ProTour license.

2011: First season
The team participates in its first big race of the season, Paris-Nice, with Fränk Schleck and Maxime Monfort as the leaders. Belgian rider Monfort finished 10th in the general classification, 2:26 seconds behind German rider Tony Martin. In the Tirreno-Adriatico there was a stage victory (time trial) for Fabian Cancellara.
In the Flemish classics the Swiss rider Fabian Cancellara won the E3 prize.

Fatal day in the Giro
After the spring classics Team Leopard-Trek starts the stage races. In the Tour of Italy the Belgian sprinter Wouter Weylandt will fall very badly in the descent of the Passo del Bocco on 9 May 2011. He died from his injuries.

In the Tour of Switzerland Fabian Cancellara won the prologue and then the last time trial in Schaffhausen. In the general classification the team has three riders in the top 10 (Jakob Fuglsang 4th, Fränk Schleck 7th and Maxime Monfort 10th). Andy Schleck won the mountain classification and the team won the team classification.

Andy Schleck participated in the Tour de France and tried to win the GCv. He won the 18th stage solo on the Col du Galibier, after 60 kilometers of breakaway. The next day he took the yellow jersey in the Alpe d'Huez. Unfortunately for him he had to give the yellow jersey to Cadel Evans at the end of the penultimate stage, a time trial in Grenoble. Evans won the Tour by 1 minute and 34 seconds ahead of Andy Schleck and 2:30 on Fränk Schleck.

In the third big Tour of the season, the Vuelta, the team started with a victory in the team time trial. The Dane Jakob Fuglsang wore the red leader's jersey. There was another stage victory for Daniele Bennati. Maxime Monfort finished sixth in the general classification.

In 2012 the team merged with the American Team RadioShack. Johan Bruyneel became general manager and Brian Nygaard left the team for the Greenedge team.