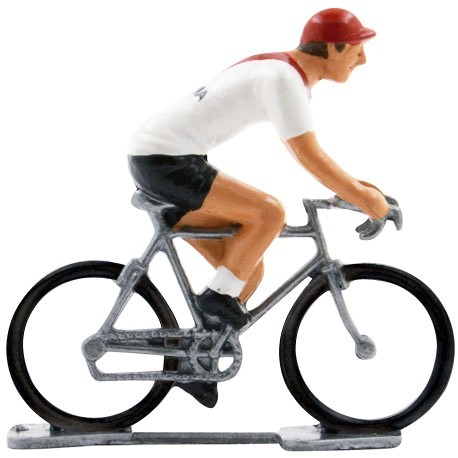 The company Faema, manufacturer of espresso and coffee machines since 1945, was mainly known as the main sponsor of the Italian cycling team with the same name. Many Belgian and Spanish riders rode in the team. The team was in the peloton from 1955 to 1969. The first sport director of Faema-Guerra was Learco Guerra. Lomme Driessens joined in 1956. Under their reign the Belgian Rik Van Looy won many races. In six years he won four of the five monuments, twice Paris-Brussels, twice Paris-Tours, twice Ghent-Wevelgem, and twice the world championship.

In 1962 and 1963 the teams of Flandria and Faema were merged. In 1964 Faema disappeared as a sponsor in the peloton, but it would come back a few years later, and not without success.

Under the leadership of Marino Vigna and again Lomme Driessens the Faema team rode in 1968 with an Italian license. From 1968 Eddy Merckx rode for the team. In 1970 the team continued as Faemino-Faemena before Faema withdrew from cycling again. For the Italian team Merckx won the Giro (1968 and 1970) and the Tour de France (1969 and 1970). In his 2nd year with the team he won Milan-San Remo, the Tour of Flanders and Liège-Bastogne-Liege. A year earlier he was also the best in Paris-Roubaix, just like in 1970. In the shadow of Merckx, Guido Reybrouck won the Amstel Gold Race and Paris-Tours. Teammate Vittorio Adorni won the World Championship in Imola, Italy. Roger Swerts was the best in the Zurich Championship in 1969 and the Belgian cyclist Patrick Sercu was world champion sprinting on the track.

In 1978 and 1979 Faema was still active in cycling as co-sponsor of the Bianchi team of Giancarlo Ferretti. In 1978 it was Johan De Muynck who won the Tour of Italy for this team. Other riders in these 2 years were Knut Knudsen, Silvano Contini and Rik Van Linden. Felice Gimondi has been riding for Bianchi since 1973.