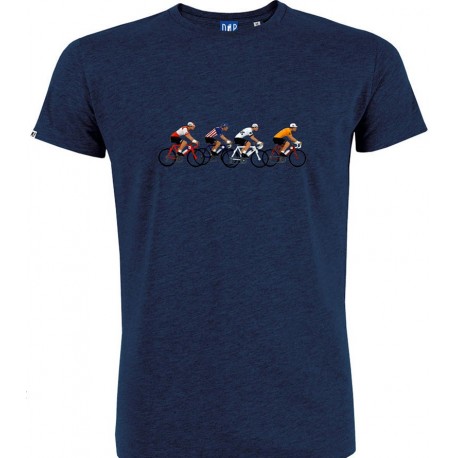 The French car and bicycle brand Peugeot sponsored a cycling team from the beginning of the 20th century until 1986. This team is considered to be one of the most successful in cycling history. The checkerboard jersey was worn by many riders who won in the big tours classics.