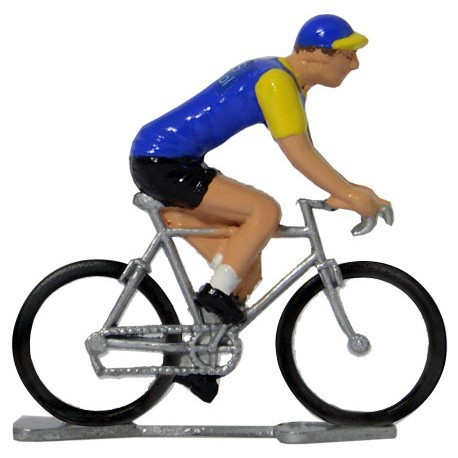 Kas is a former Spanish cycling team from 1958 to 1979 and in the eighties. The name is based on the name of the team's main sponsor Kas, the soft drink manufacturer. The team was mainly based in Spain (Vitoria-Gasteiz). The riders usually had a yellow and blue jersey.

Julio Jiménez won the mountain jersey in 1964 and also in 1965 in the Vuelta. Kas-Kaskol dominated the 1966 Tour of Spain with its rider Francisco Gabica as the winner, Eusebio Velez Mendizabal as the 2nd and Carlos Echeverría as the 3rd. It also won the mountain classification with the victory of Gregorio San Miguel. The team was winner of 6 stages.

The Kas team with Fuente went to the Tour of Italy in 1972 where Fuente conquered for the pink jersey. The race was a battle between Fuente and Eddy Merckx in the mountains. Finally Merckx prevailed. In 1974 Fuente won the Tour of Spain, and was the 3rd cyclist rider that won the Vuelta twice. Fuente was leader from the tenth stage but he fell and also lost more time in the final time trial. But finally he won the Vuelta by 11 seconds. Again Kas was winner of the team classification.

In 1976 Kas won the tour of Spain again with José Pesarrodona, and also won the mountain classification with Andrés Oliva. It won the team classification in the Tour of Spain 1978 and 1979. In 1979 many Belgian cyclists came to the team and Belgian rider Robert Lelangue was the managing director. Lucien Van Impe, winner of the Tour de France in 1976, was winner of a stage for Kas in the Tour of France 1979. In 1979 the sponsor left cycling.

The Kas team comes back in the eighties
In 1985 Kas came back in the peloton as co-sponsor of the French Skil-Sem team. The team was led by the French sports director Jean de Gribaldy. The next year Kas became the main sponsor of Skil and the Kas jersey was reinroduced, but the team continued to ride under French license. However, Kas rode a lot of races in Spain to satisfy the new sponsor. In 1986, Sean Kelly improved his 9th place in the Tour of Spain in 1985 by finishing 3rd and winning the points jersey for the 3rd time. The team was also successful in 1986 with Kelly, who was the number one in the world due to victories in Paris-Roubaix and Milan-San Remo. Also with Acacio Da Silva who was winner of the Züri-Metzgete, and with Pascal Richard the Swiss cyclo-cross champion.

In January 1987 Gribaldy died in a car accident. After that, the team rode with a Spanish license. In the tour of Spain 1987, Kelly was the leader with 3 days to go. Unfortunately he had to leave the race with an injury. Kelly won the tour of Spain in 1988. This is the last win of Kas in the tour of Spain. After 1988, after the death of the team owner the team withdrew from cycling again. Kas sponsored some Spanish cyclo-cross riders in 1980, 1993 and 1994.